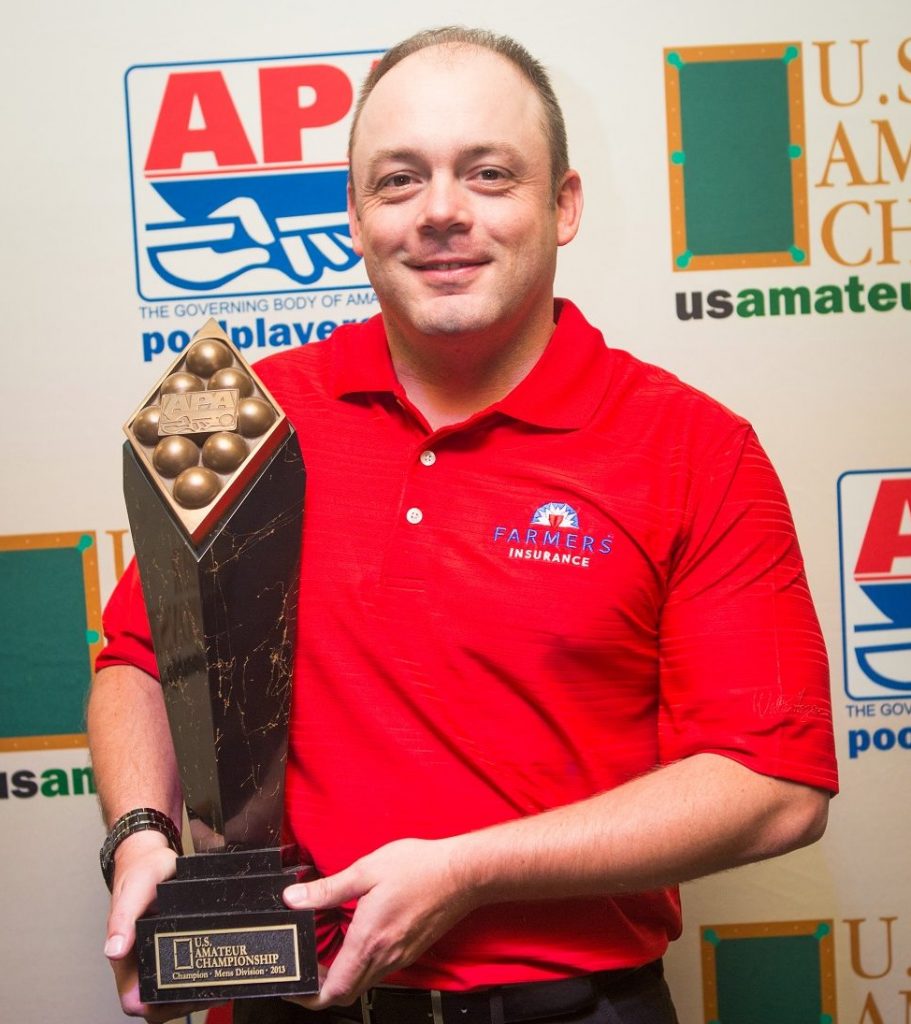 Playing Cue:  Custom Cue with an OB Classic Plus (19oz)

Brian Parks is a seasoned pool player. He has been playing since the age of sixteen. When Brian turned 18, he met the late Gonzalo Mendoza, who taught him the intricacies of the game. Gonzalo’s wisdom coupled with Brian’s discipline and perfectionism have gotten him where he stands today. Brian has accumulated numerous titles throughout his career. He is a three time APA 9-ball singles champion, five time U.S. Amateur Champion (only person ever to win five), 2017 Jay Swanson (Swanee) Champion and 2008 Rum Runner Champion. Brian is proud to have finished in 13th place at the 2006 U.S. Open.

Brian wishes to thank his wife Sarah and their two daughters, Madyson and Jordan. Along with his parents, Gene & Mary Ann Parks. Also a huge thank you to Michelle Henry and everyone at Bakersfield APA. Brian resides in Bakersfield, California, and has been a full time Farmers Insurance Group Agent since 1999. He enjoys playing in local pool leagues with his friends and family and also owns Cue Ball Billiards in Bakersfield, California.